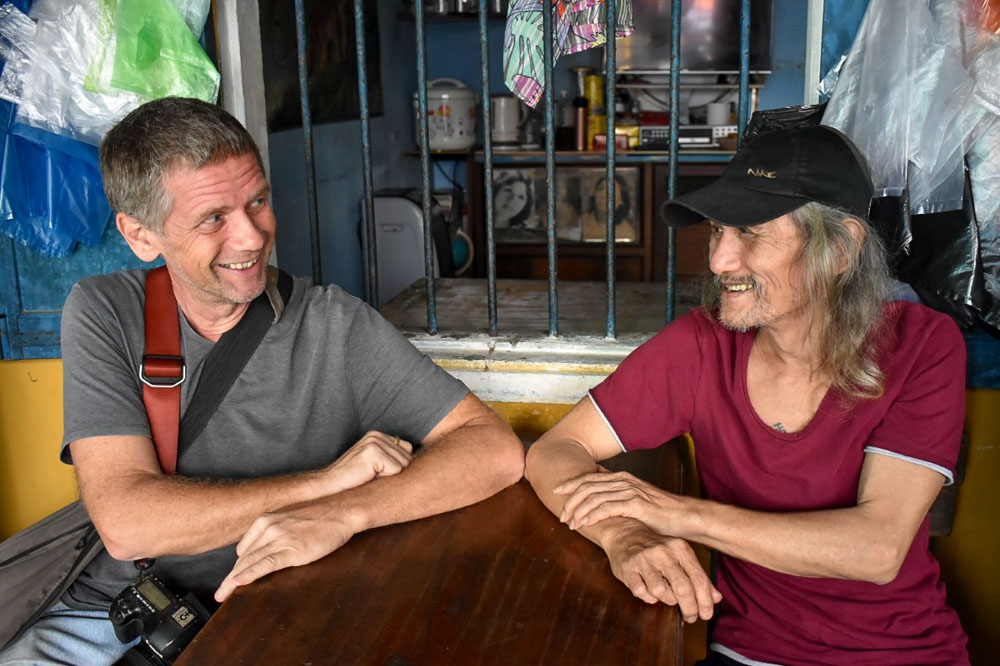 © and thanks to Sandra Osborne.

I am Pieter Janssen,  a professional photographer living in Hoi An. I was born in The Netherlands, the worst cricket playing nation in the world. My photography life started in 1981 and my first camera was a little one, 35mm film and only manual settings. Later I upgraded to my first SLR and then everything got a bit more serious. In 2000 I could not resist buying my first digital camera, the wonderful Sony Cyber-shot DSC-F505, a whopping 1,9 megapixel camera. The smallest memory card was just 1 megabyte! Still better than the big floppy disks Sony used in the previous generation digital cameras.

When living in Hong Kong in the early zeros I made the decision to say NO to my normal job(s) and to promote my long time hobby into a profession. This was easier said than done. Particularly because marketing myself was totally alien to me and it took a while to even get a little bit into that.

I did all sorts of assignments and continued doing this when I moved to Vietnam in 2005. First Hanoi and since 2012 Hoi An. A personal highlight was working for the Dutch Embassy when the future king and queen of the Netherlands were visiting Hanoi. I got very close to them and captured them visiting all sorts of places and having meetings with the Vietnamese president and the prime minister.

My photographs have been featured in books, magazines, travel brochures and advertising. In Hanoi I also had a few exhibitions.

I started developing courses in 2008. Photography training really kicked off after moving to Hoi An, where I have done millions of photo tours in the past nine years.

These days I concentrate more on the teaching part of photography, although I still do the occasional assignments. My approach to teaching photography is informal, informative and fun. For me it is very important that everybody learns something, while having a good time. And above all, to ignite passion. Apart from photography you will also learn more about the local culture. Knowing more about the culture of a new country will make you understand better what you can and cannot do. You would be surprised how far you can take it in Vietnam and how many opportunities will arise when you interact with locals. Particularly for portrait photography it is essential to know a little bit about the culture, to know more about the do’s and dont’s. And I take this as far as I can. As you can hear at the beginning of each Star Trek episode: “To boldly go where no one has gone before.”. Don’t worry, as I will never force you to leave your comfort zone.

I would like to consider my tours as a voyage. Not only do I teach you about photography, I also take you on a trip where you become part of a new world, ready to be discovered by you. A visit to Hoi An is not complete without going on a Hoi An photo tour. It is a unique chance to learn how to deal with your camera and smartphone and it enables you to record better memories on future trips.

A touch of culture

These shots were taken (by smart phone) somewhere at a new year party somewhere on the roadside.

There are two websites which I use for this:

For all of you who don’t have a lot of knowledge I have written many posts in the Clients section. There, all the important settings are explained in a very easy to understand way. Check it out when you need it and when you are ready to go a bit further, the Advanced chapter will be your next destination. There I focus more on the composition part. Which story do you want to tell, how are you going to do it?

I hope to see you soon!

This is a repost of a photo of Hanh, a woman who l

My favourite model in Hoi An. Taken in her old hou