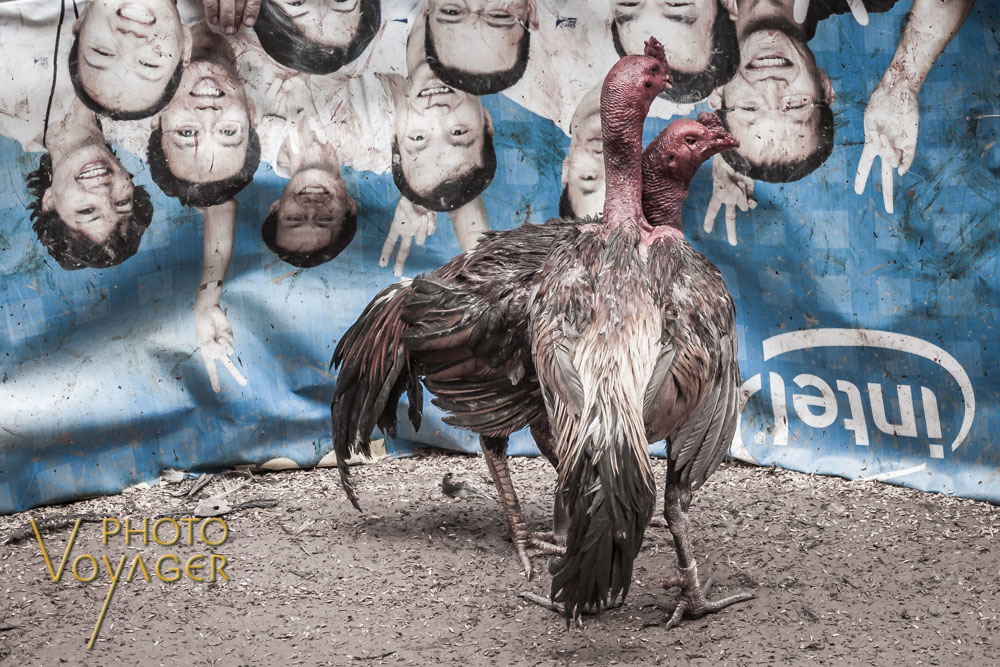 I went to the area of Truc Bach Lake, to see if there was anything going on that interested me. At one place it was very busy and noisy. I did not know what was going on. 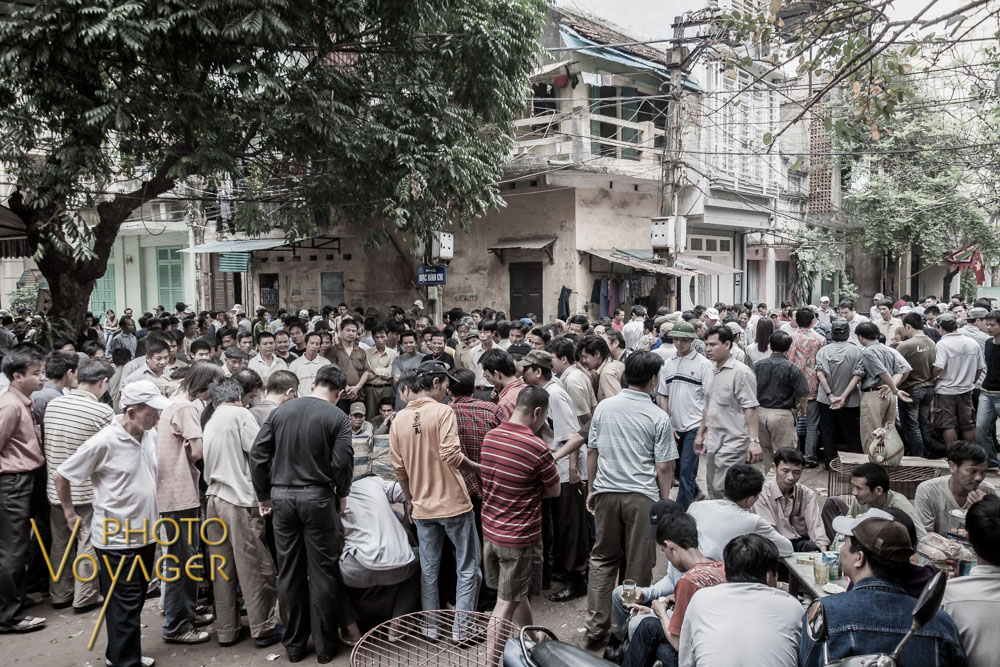 I went closer and saw all the excitement was about cock fights. A couple of small handmade circular arenas, almost exclusively surrounded by men. In each arena were two cocks fighting and all the spectators were hoping one of them would win. In Vietnam betting is very popular and this comes in all forms. It is a huge problem with often devastating consequences. It can result in suicide or loss of property (land, houses….).

Although I took some photos, I did not see that special moment yet. It would be too easy to just aim and shoot. Even though this image clearly shows what is going on I was not terribly excited with it. Anyone could have done this and to create something different I started paying more attention to the details. Still I did not get any ideas, that would result in an image that would be different, special.

I started moving again and when I looked from a slightly different angle I noticed some kind of canvas that used to be a poster or so. It was part of the circular arena. For the first time I felt some excitement. Could I somehow use this as a background for the fighting cocks? 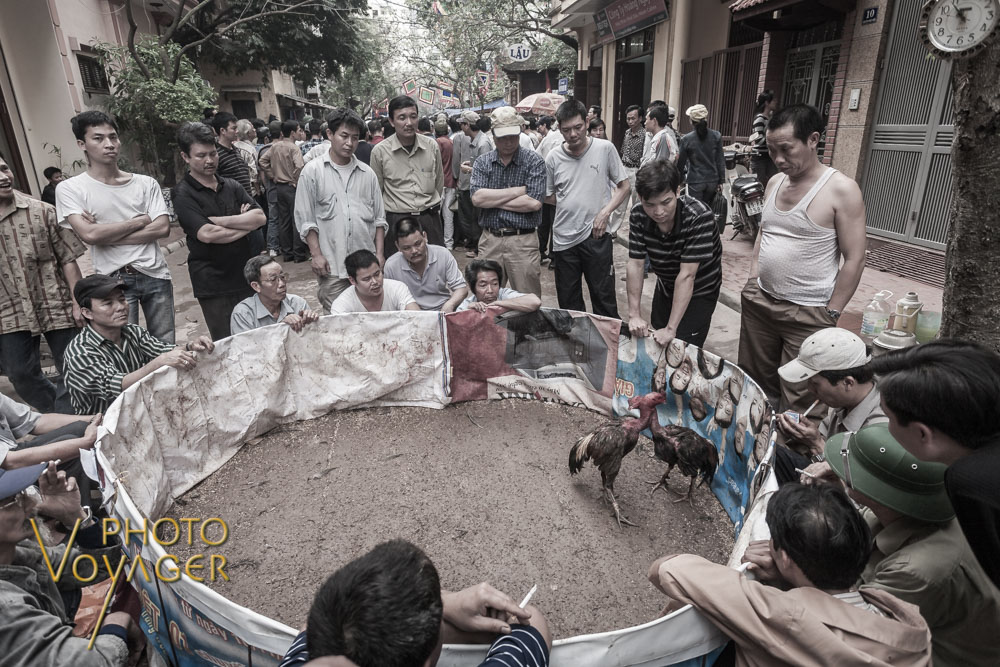 I waited until they were in the right position and then I found the treasure I was looking for.

The photo shows the cocks with the audience. Except the audience is not about real people. It is another photo. The people in the photo are cheering and laughing. An interesting contrast with the actual crowds, where no smile can be seen. The fact that the photo is upside down relates to that. 180 degrees different, same as the emotions: seriousness versus happiness.

In the end I had a photo of a cock fight, but with a twist. There is an audience, but it is not real. I found this far more interesting than shooting the fight with the actual people around them. That would have been too easy.

So I reduced all the elements to just two and there was that little bit of luck of having this surreal audience. And did you notice there are also a couple of real fingers? The only evidence of human spectators.

We have a winner, lane #1 After harvesting the ri

This is a repost of a photo of Hanh, a woman who l